Haru's personality can be described as sweet, shy, timid, princely mannerisms, easily excitable/embarrassed. He is also cat-like in some ways. Saying "nya" is one of his favorite things and ends up coming out in conversations, especially when he is being smug.

- He likes to wear cute clothes and different outfits, aka modules, for different songs

- He's thin but not lean/muscular, he's soft to the touch. More weak than strong

- He loves matcha in all forms! It's his favorite dessert flavor

- His eyes are big, droopy, and have thick/long bottom eyelashes

- He's multilingual (not reflected in his voicebank(s) atm), and speaks Spanish, Japanese, and English

- He's quite shy at first but sweet, is endearing to others, he loves affection

- His canine teeth are a bit prominent, and show when he smiles

- His side hair tuffs and ahoge can move a bit

- His ahoge is based on leaves/a plant sprout

- Sometimes displays cat-like mannerisms for his own amusement

- The way his hair pieces are shaped unintentionally represent lily petals (6) and connect to lore of seraphim angels (3 sets of wings, two in the front, two along the side of his face, and the two most prominent sticking out)

He is a very flexible voicebank spanning about 4 octaves, with comfortable range and tone fitting most songs! Both beginner and intermediate user friendly.

He has a young male boyish accented voice with a pouty type of tone.

Not for commercial use without explicit permission.

You may use this UTAU however you'd like, you do not need to ask permission to use this bank. The author merely requests that any works created with this voice bank are tagged with it's name, and that no works are created that are intentionally offensive or spiteful to a select person/group of people.

The character Haru Torres belongs to the creator as well as this voicebank. Nothing is official unless explicitly stated by the author, tomatetoro/Haru.
Please do not use this character, the image, or the voice for any roleplaying unless given direct permission from the author. 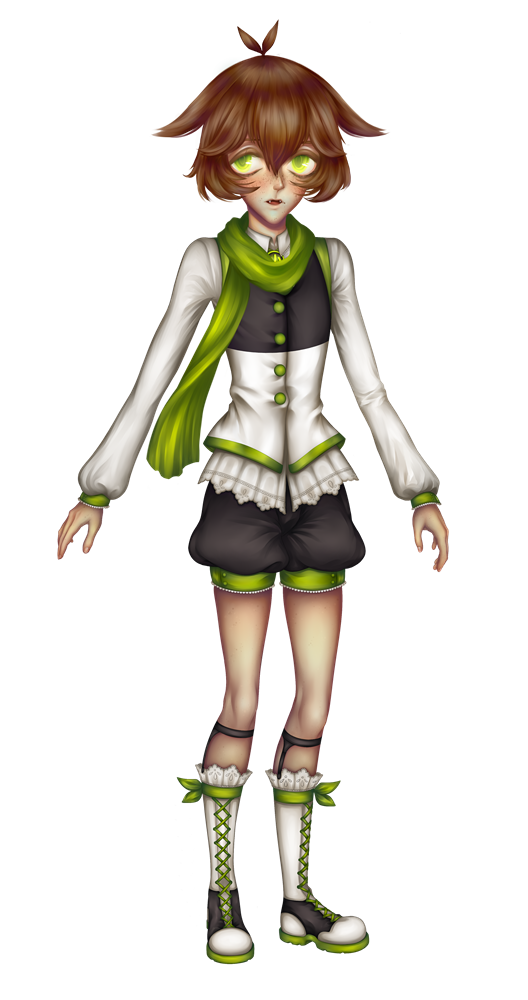