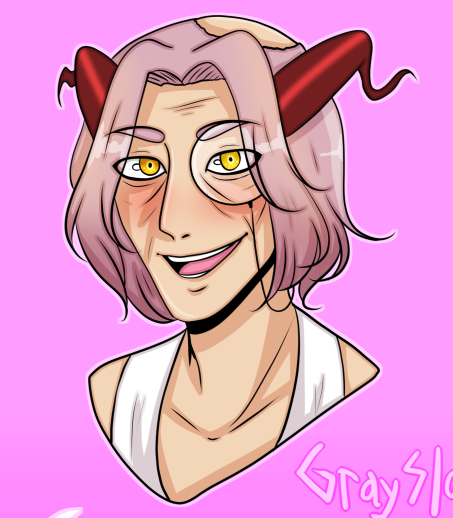 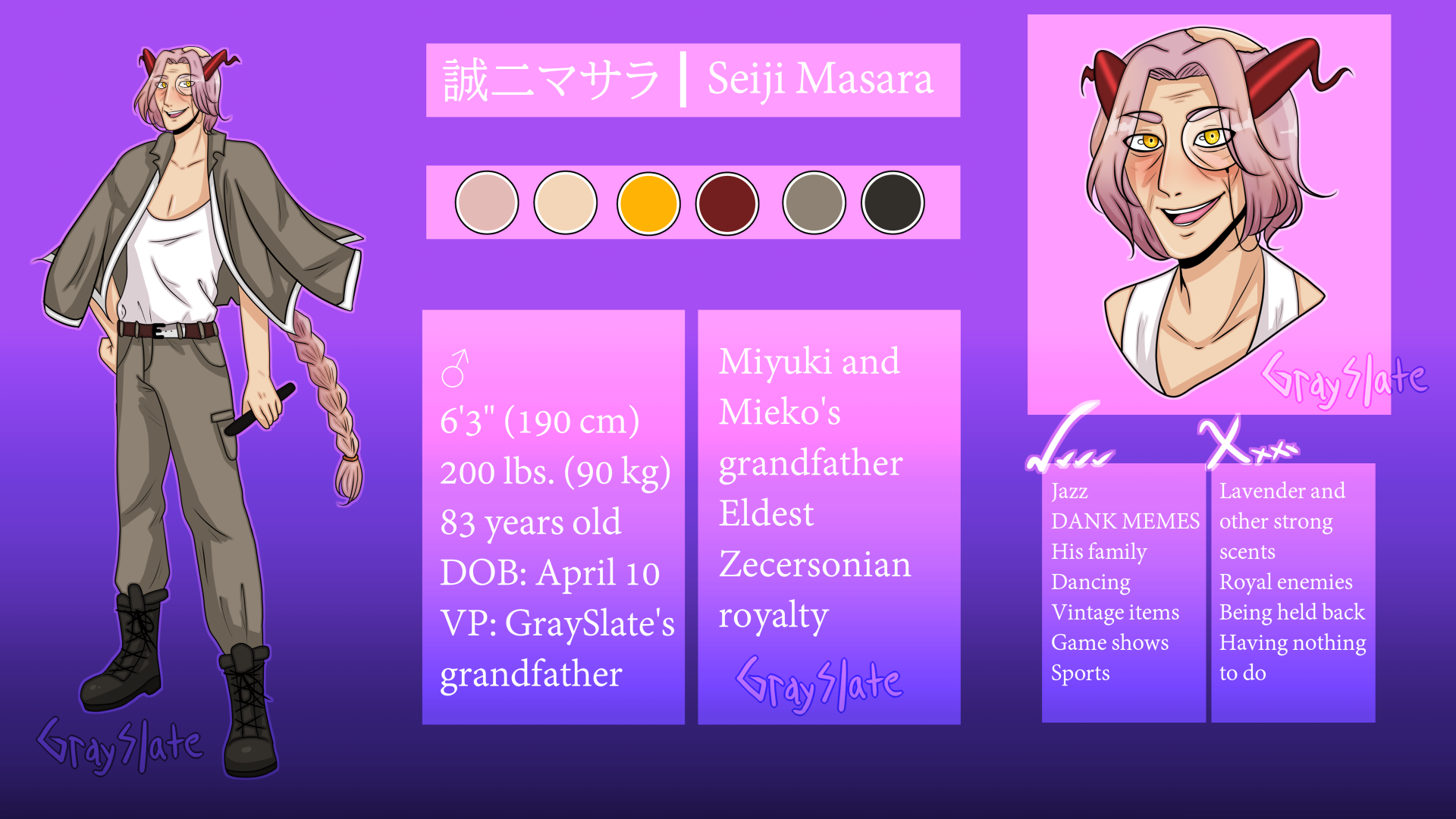 Seiji is from the royal family of Zecersonia, and is in fact one of the oldest living members. He originally held the throne to the planet before he aged out of the position. Before retiring the royal duties, he served in the Zecersonian military and conquered various planets for the kingdom. His daughter, Hanae, now maintains the throne. After Hanae chose a commoner for a suitor, Seiji initially didn’t want to approve the union. However, after realizing it would be the best move for monarch and citizen relations, he allowed Hanae and Hayate to marry. Once Miyuki and Mieko were born, all concerns of the bloodline being tainted dissolved. Seiji cares deeply for his granddaughters and will go to great lengths to keep his family safe. Seiji, along with her parents, has been extremely supportive of Miyuki’s ventures, despite not entirely understanding most of them. He personally doesn't care for the kind of music Miyuki's band plays, but he will still attend their shows to support his granddaughter and her friends. He enjoys dancing, which worries those who think he'll throw out his back or break his hip. Seiji is rather versatile, so this is of little concern to him. He loves Jazz and collects vinyl records, most of them being from Earth. It's easy for him to be accepted in younger circles because of how well he can entertain. He's very friendly, generous, and tries to keep up to date with whatever the current trends dictate.