I finally figured out how to get Defoko to sing, but sometimes when she sings it's silent. For example I tried to get her to sing "私" and it won't work, but she can sing "あ" and "ら". I'm using the Japanese keyboard and i'm pressing enter after I type in the lyric box so I'm not really sure what the problem is. (I set my system local to Japan before I downloaded Utau). 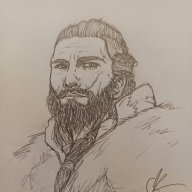 Supporter
Defender of Defoko
Utau generally aren't programmed to sing kanji at all. The samples you gave, "あ" and "ら" are hiragana. Hiragana are like the alphabet for Japanese, so just like how all English words are made of different letters of the alphabet, all Japanese words are made up of different hiragana. The word 私 is "watashi" or わ, た and し. Each needs to be put in as it's own separate note.

There are also things called katakana, these are usually only used when writing out English words phonetically in Japanese. most utau do not support katakana either, so any words using it would have to be converted into hiragana.

There's also the part where there's over 50,000 kanji and ain't nobody got time for that.
You must log in or register to reply here.
Similar threads