How do you make an utau using samples of an (instrumental) song? 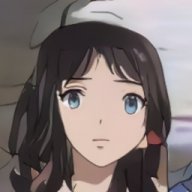 Defender of Defoko
My sister wants me to make an utauloid of the Spongebob closing theme song using the song as its voice, if you will. This sounds like a really interesting and unique idea, but I'm not sure how to go about it. Do you take samples and export them as normal like "a" "ba" ka" etc or do you just export like the one sound or a few sounds? Because I've seen people make utaus of like, instruments, a ruler, a bottle even a cat and dog. And I have no idea how to make one ?_? Anyone can you help? Thanks 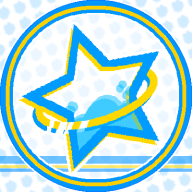 One of the methods Ive seen and done before is splicing the song or instrument note by note, exporting each note (but make sure not to have duplicates), aliasing them with a symbol or just "-" with the key it's in next to it in the oto (ex "-G4"), and then prefixmapping them to the keys. Then whenever you load an UST, you can select all of them, view properties, and then simply enter the symbol in the lyrics tab so it automatically detects which key to play it in. (photo examples jic)

If you want to go the more advanced route and turn the instrument into a voice with vowels, then phonemizing (???? i dont know what its called) is the most reccomended option. Most people use Vocalizer for this method, but it's very limiting and the formant can make it sound totally different (and also isn't for mac), hence why I use The Orb and highly recommend that one, since not only does it not completely change the voice, but you can also customize it to your liking and even use madeup vowels. A more extreme way of going through this without phonemizers is messing with the EQ to match the vowel, but it's a very extreme way of doing so and isn't recommended if you don't want to waste time. Either way, note though that after you've completed the vowels, to add other sounds (like ba and ka) you'll need to do sentence mixing, which means you have to either record yourself saying/singing the constonant needed (or find a source with the constonant provided) and then cut off the vowel part and attach the vowel part. Something like this:

Note the advanced route will probably make the vocal sound less like the source material and is definitely a more longer process than doing the basic route, but it's slightly easier for plug and play. Considering the examples of voicebanks you've listed it sounds like what your going for is the basic method- Although the easiest method I found out one night you could take one singular sample of the instrument and then you could add the N flag in the project settings so it removes the hassle of aliasing a ton of sounds, but it could make it sound less like the source or come with some disortion.

I hope this helps I'm not the best at explaining lolz....

Post automatically merged: Jun 30, 2022
(also forgot to note that for arranging the keys and detecting what key its in youll need a midi piano or browser piano to check what key it's in. I mainly use this one with the sustain turned off)
Reactions: Hana-chan
You must log in or register to reply here.
Similar threads