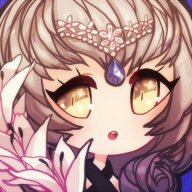 Administrator
Tutor
Supporter
Defender of Defoko
This is possibly the most narrowly specific thing I have ever made, of which I'm not even sure who on earth would want to use this except me. But here goes anyway!

Unlike YouTube, Nico Nico Douga doesn't have official support for closed captions or subtitles, meaning that if you want to have them in your video, you either need to embed them in the video itself, or you need to use its "uploader comments" system. The uploader comments system has its own scripting language (of sorts) that you can use to customize them to make them look very much like subtitles, but since the scripting format is unique to itself, standard subtitle formats like SRT won't work on it.

So I made a Python script for Notepad++ that converts the SRT format into one usable by Nico Nico Douga. (In order to use the website, you have to copy and paste the contents into the screen anyway, which is why it works off a text editor.) Getting your subtitles into SRT format is generally pretty straightforward since quite a few common video editors have ways to export text tracks into SRT, and it's also easily made with common subbing programs like Aegisub, so that part should be fine for most people.

The main reason I made this was because I was rather tired of making two entirely separate versions of my videos for Nico Nico Douga and YouTube, so going forward this should be easier for myself, but since NicoScript only works for uploaders, that means it only has relevance to other people who want to translate their own videos and doesn't really work well for third-party translators (alas). But hey, maybe it'll help someone out there?
Reactions: cloudyyskie, Kiyoteru and Nohkara 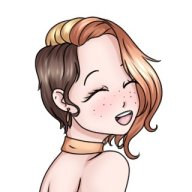