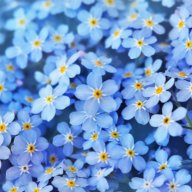 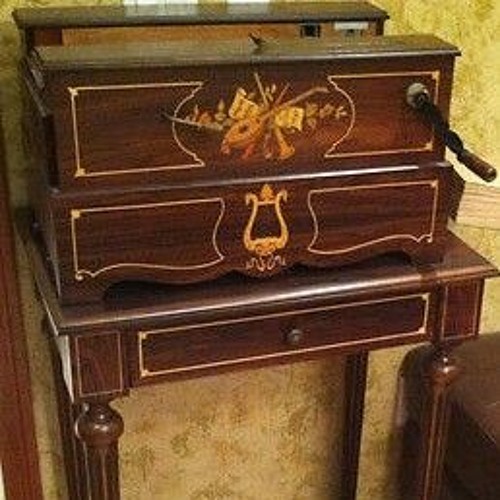 "One of my grandmother's prized possessions was what she called a "music machine." It was a tall oak box that resembled a chest of drawers, though there were no openings to be checked. On the item's left side was a hand sized key that had become a bit loose over the years, but still worked just fine. Beyond that, it was ordinary looking. Nothing about it stood out from the other pieces of furniture in the home. In the moment though, it did. The crank was slowly circulating itself, and the music was coming from within the box.
To say that I was speechless was an understatement. I was baffled, having never seen something like this happen before. Was the box broken? Or maybe it was programmed somehow to play itself at a certain interval? Leaning down in front of it, I tilted my ears towards the heart of it. The music was still playing from inside, but I couldn't seem to find a way to open it up and check. I remembered this item very well, as I had often cranked the key for my grandmother so she could hear it's song. Nothing special ever happened, it simply repeated it's tune and existed within the living room.
My heart almost stopped when a voice began to sing as more instruments joined in with the song. Stumbling backwards and falling on my rear, a gasp escaped me when I looked up to see a young boy sitting atop the box, singing along with the mechanical melody. He looked no older than 13, his blond hair swaying softly as he lost himself within the sound. His attire was that of a time before mine, a uniform white button up overlayed by a large navy coat with gold embroidery and near black shorts.
The initial panic began to dissipate when I saw that the boy was not focused on me, he simply continued to sing. But the boy himself was physically unfocused, his form transparent as the dull light from the nearest window shined on him. Oddly enough, that wasn't the strangest thing in my mind. This boy's performance was in a language that I couldn't recognize. It clearly wasn't English, but yet...it didn't resemble any other language either. It had an old quality to it that simply couldn't be placed in any time. Regardless, his voice was angelic, and I found that no matter how bizarre the situation was, I felt calm.
When the boy opened his honey-coloured eyes, they didn't look at me. I followed his gaze, and I found that they were on my grandmother's chair, which resided across the room. When she sat in it, she would be facing the box. Though he wasn't fully in this world, there was a sense of longing and loneliness that was almost tangible. Though I couldn't understand what the boy was singing, there was an understanding that I couldn't explain.
My grandmother rarely got visitors as she grew older. While I did my best to continue visiting her, I found that life got in the way, putting a barrier between us. I felt ashamed for forgetting about her, knowing that she must have been by herself, hoping that someone would come see her again. But yet, the way this mysterious boy looked at her empty chair, it was that of friendliness, familiarity. It clicked in my head then; this boy was who had been keeping her company until the end, singing her favourite song that came from the box. Maybe she had even understood what he was speaking, but had kept it to herself?
The song had come to its peak, and the boy's notes were growing longer in a beautiful crescendo. As if becoming like a statue, he sang his last line before closing his eyes once more and growing still. As the box spouted it's ending notes, I watched as the figure bowed its head before fading out of existence, as if he had never existed in the first place.
With that, the key ceased it's rotation.
With that, all I could hear in this empty place were the wind chimes dancing in the wind."
You must log in or register to reply here.
Similar threads