Supporter
Defender of Defoko
Could you write a text version of the announcement? It's easier for me to read.
S

Ecchi said:
Could you write a text version of the announcement? It's easier for me to read.
Click to expand...

I am the leader of Project Sonata, and also her voice provider. As well as those two things, I am also the main artist, I put the voice bank release videos together, and I manage the website, emails, twitter.. I think that's about it on the list.
So basically, I do a lot of things on Project Sonata! Which is the main topic of this video.

Currently, Project Sonata is looking for team members! In the past until now, Project Sonata has always used volunteers, and just worked with people as we need to ( An example would be the album crossfade video, which I made a post on twitter about, and found someone who could help me out with creating it ).

Project Sonata's current team isn't a very solid one, and though I received a lot of encouragement and technical assistance during creation of The Light Current, now our "team" has somewhat...dispersed now that the charity album is out. So I'm hoping to find some permanent team members, or at least long-term members, that I can work with to keep moving this project forward. I'm looking for artists, MMD and 3D modelers, after-effects users, video-creators, producers, tuners, anyone who wants to become a part of this. Right now, we're a very small project that is slowly trying to branch out to a larger audience, so I hope I can find people who are interested in helping out.

If you find that you are interested in volunteering and becoming a new team member, please send an email to sonatautau@gmail.com ~ or a direct message on my twitter @mikakkun, and I'll be answering you as soon as possible.

I don't want Project Sonata to fade out or for people to forget about what this project means. I really would like to continue spreading the word around, and for people to be inspired by her; Sonata giving you the inspiration to create is the core goal of the project. It's honestly all I wanted out of this, and I'm already so grateful for those who are supporting us so far.

The Light Current has gained a little over 50$ in sales as of today. Which is great, but I would really hope that more people can find it in their hearts to check out the album and contribute to donations. Neither I or the artists who worked on it are gaining a single cent from sales, it's all going to the Depression and Bipolar Alliance. We're going to be donating by the $100's, so for each tier we'll make an announcement on the official twitter. I'd really like to make our first big donation soon!

Speaking of The Light Current, the big news about this album is that it's only going to be on sale until August! This makes it a limited edition album that will not be up for sale again, so please help us spread the word.

So, closing things out, I'm sure some people are wondering what's exactly in store for Project Sonata. It all depends on the people I can get in touch with, money is also a factor and its kind of a setback since this album is a charity album, so I basically am working with money out of my own pocket. So!

For Sonata herself, she definitely has some updates in the works already, for both Japanese and English. I had a feedback form filled out by the producers who worked on The Light Current, and we also have some new languages and append-type voice banks that will be arriving in the future!

Sonata's updated English VCCV and Japanese VCV will be free to download, but her appends and extra languages will be around 5 - 8 dollars each. This is money that will go towards paying creators and future producers for their work.

So thank you to everyone who has and who will be contributing to Sonata's success, and please stay tuned for more from Project Sonata!​
Reactions: Kiyoteru 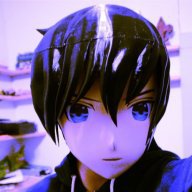 Defender of Defoko
I'd be happy to volunteer. My work is mostly instrumental music (no lyric writing), and I can make .ust's, but not tune them very well. I can also do some vector art, so if you're in need of art I could pitch in a little.
S

Tardis said:
I'd be happy to volunteer. My work is mostly instrumental music (no lyric writing), and I can make .ust's, but not tune them very well. I can also do some vector art, so if you're in need of art I could pitch in a little.
Click to expand...

That would be great! I'll PM you when I get home about details!

Defender of Defoko
I'd love to help out! I'm working on doing originals, and can make / tune USTs and mix. I'm a classically trained musician and vocalist that knows a thing or two. I also do art in terms of character design, and have been doing graphic design since I was four years old. I also pride myself on my good relationships with other members of the UTAU community, my ability to network, and have a general sense of domestic and foreign business and marketing.
If you'd like my help, you can either PM me with details or contact me on skype at violetviper477! 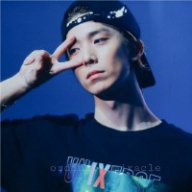 Retired User
Defender of Defoko
I'd be happy to join you! Also, I don't want any money, as long as I get to do things I love

I can tune anything and I can also help with PV making. I play piano and I'm currently studying musical theory at the moment, however I still love to hang out with other people. I can also mix pretty well. You can check out my channel (WilyemAndK) for more examples (not begging for subs, there's just a lot of content there). Some of my older covers are kinda off key at some points, however, so I recommend looking at more recent videos like my Playing With Fire cover.
You must log in or register to reply here.
Similar threads