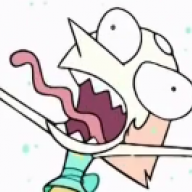 Hey, I'm working on making my first VCV voicebank (finally!) and so far she sounds like an ANGEL... except for those damn vowels.

I mean the ones where it's like vowel on vowel, like a-i-a-o-u. I've heard other recordings where they do it with spaces in between like ah-eeh-ah, but those cuts in between are making choppiness happen, and yes I did OTO it. I put it through setparam and manually oto'd it where it wasn't accurate.

Here's what it looks like in the editor. Notice those cuts in between the sounds- and when I look at other VCV banks' samples in the editor, they aren't there, even though when I listen to the file they take pauses between each vowel:

Now in some ust's it sounds pretty natural, but this one, maybe it's just the UST itself? The song is unknown mother goose, by the way.

Note: for the "ai" sound I actually tried to remedy this by recording a separate sample where I flowed the "a" and "i" sounds into each other, like you would with the word "ai", because it's a pretty common sound in japanese and if that's messed up then this bank pretty much won't sound good at all.

Thread starter
ugh, some of the links aren't showing up https://imgur.com/OotbZSN 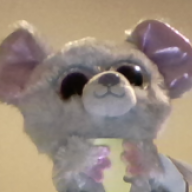 Defender of Defoko
Vowel strings have to be recorded without pauses as pausing after each vowel defeats the purpose of having these vowel strings.
This is how a proper vowel string should look like in the editor (voicebank is Yuri Tamaki by @Haichou ). Notice the lack of pauses.

Transitions will be more difficult to oto, but it's worth it. Generating a spectrogram usually helps with otoing VVs. Press the "s" button if you need one.

Supporter
Defender of Defoko
Your WAV file appears to have gaps between the vowels in the original recording. If you record in a choppy way, the voicebank will likewise sound choppy.
You must log in or register to reply here.
Similar threads