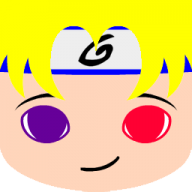 Administrator
Supporter
Defender of Defoko
So between The BIG ALbum Kickstarter, I'llSeeU-P's The ⑥ Circus, and the upcoming UtaForum Collab Album I have partnered with a Southern-California CD pressing service and have quite a bit of infrastructure in place (+400 bubble mailers, thermal printer, web services, etc.) and I wanted to guage interest in an expansion of my previously one-shot Weeaboo Co. initiative.

In some ways there is a bit of an overlap with Vocallective, in other ways the target audience is a bit different, smaller, more-independent, label-less producers that have access to less resources. The idea is to leverage my existing business relationships and help produce physical releases for smaller producers. As I don't expect smaller producers to be able afford the large upfront costs of a physical CD my idea would be to launch a private crowdfunding service (powered by Ignition Deck) whose sole purpose is to fund indie Vocaloid/UTAU producers physical CDs with a "fixed-funding" campaign for the CD.

A "fixed-funding" campaign is a campaign that where the goal is not reached no one is charged anything. If the goal is reached, pre-orders will be processed, and a full 100 CD run is produced, and CDs shipped out to all the backers. After the initial pre-orders are fulfilled we will add any remaining copies of the CD to our webstore where in an effort to make the process as simple as possible for our collaborating producer we will handle the inventory, packaging, and shipping of all physical CD in exchange for a small cut of each sale. If the producer would prefer to handle their own fulfillment we will offer an option for them to do so as well.

I am still hatching out the exact details, likely the UtaForum Collab Album will be my test case, but I would love to hear your feedback.

TL;DR: Private Crowdfunding/Preorder Service to Allow Indie Vocaloid Producer to Publish Physical CDs.
If 20 CDs are pre-ordered a run of 100 physical CD will be produced. If not, no one is charged, nothing happens/changes.
Reactions: XJM, adriann, comet3 and 1 other person

Administrator
Supporter
Defender of Defoko
Thread starter
To elaborate on some questions asked:

Why a private service and not just on Kickstarter?
Click to expand...

Much lower fees. I have a lot of experience with Kickstarter. I not only Kickstarted The BIG ALbum but also also UtaForum 4.0 and a 3D printer project for my work. When its all said and done between the various Kickstarter and payment processor fees we lost 9-11% of pledged funds to fees alone.

Through Ignition Deck we use STRIPE as a payment processor and cut these fees by more than a full third. We would go from $1.12 in fees on a $10 CD on Kickstarter to just $0.59 on my private solution. This not only means more less fees and more money for the producer but also a faster payout. Kickstarter can take up to 60 days to fully payout its rewards. With most campaigns lasting 30 days it can take up to a quarter of a year from a Kickstarter's start till its final payout. Quite the delay when you are talking about something as time sensitive as a CD release.

Finally, by using Ignition Deck it will also act as an ecommerce platform. It can not only manage the backer rewards but with a unified account system managed post-fundraiser CD sales as well.


You're not going to be able to press just 100 CDs and expect it to be anywhere near financially feasible.
Click to expand...

The company I am working with is very economical, I worked with them in past when producing The BIG ALbum.

They will press any number of CDs but the major price break is at the 100 CD mark. Cost varies depending on packaging and extras but for a typical setup with a 4 Panel Digipack , with Full Color CDs, UV Gloss Coating, Shrink Wrap Finishing and a UPC Barcode the cost per disk is approx $1.50 per disk @ 100 CDs. They are not only one of the lowest quotes I have received online, but they are a local company and I don't have to pay for shipping crates of CDs and I save another $35-50 in shipping by picking up any orders I make directly from their warehouse as soon as the production run is done.

I have worked with this company in past, I would say it was extremely feasible, otherwise I doubt I'llSeeU-P would be planning another run of CDs with them nor would I be running my UtaForum collab CD through them if it wasn't feasible.
Reactions: adriann

Do you have a website in production with a database of albums that are currently "on campaign"?
Click to expand...

At the moment everything is purely hypothetical. As I mentioned before I came up with this plan because I have a lot of infrastructure in place, but to make it happen I have about $250 in software licences I will need to buy that will power much of the back-end. Before I made any major monetary investment in such a project I wanted to gauge the market first to see if there even was any interest in physical CDs from the west... maybe even approach several producers secure commitments to use the platform before I launch it.


I have no objection though you might want to consider sliding the minimum to something that you know breaks even for you. If that works, there's no need to limit yourself to Vocaloid, you could make discs for anyone.
Click to expand...

I built in enough profit into my planned fee structure to make it both worth my time but cheaper than existing alternatives. One man, small operations have significantly less overhead than a larger organization and its my small, focused structure will keep costs down and benefits both the producers and myself. I don't expect to get rich, I just want to help producers make some awesome CDs!

Likewise, due to my commission based structure generally the more success the producers have, the more success I have. There is a small startup cost but for the most part the crowdfunding "fixed-funding" model of the operation minimizes risk of all parties involved. When its all said and done if our first release is successful that should make up most of my initial investment into the project.

As for not limiting myself to just Vocaloid/UTAU producers that's a conscious decision on my part. I have no interest in the general music industry, if an indie musician asked me to help him-her crowdfund a CD I would consider it, but its not a market I plan on actively marketing to. As I mentioned before the small scale does have its upsides.

I simply don't have the same passion for general music that I do with Vocaloid or UTAU. Granted, the Vocaloid part has tailed off as there has been a lack of Engloid news, but I have been making up for it on the UTAU end working with UtaForum, UTAU.wiki, and getting hyped about UTAU English VCCV 2015.
You must log in or register to reply here.
Similar threads