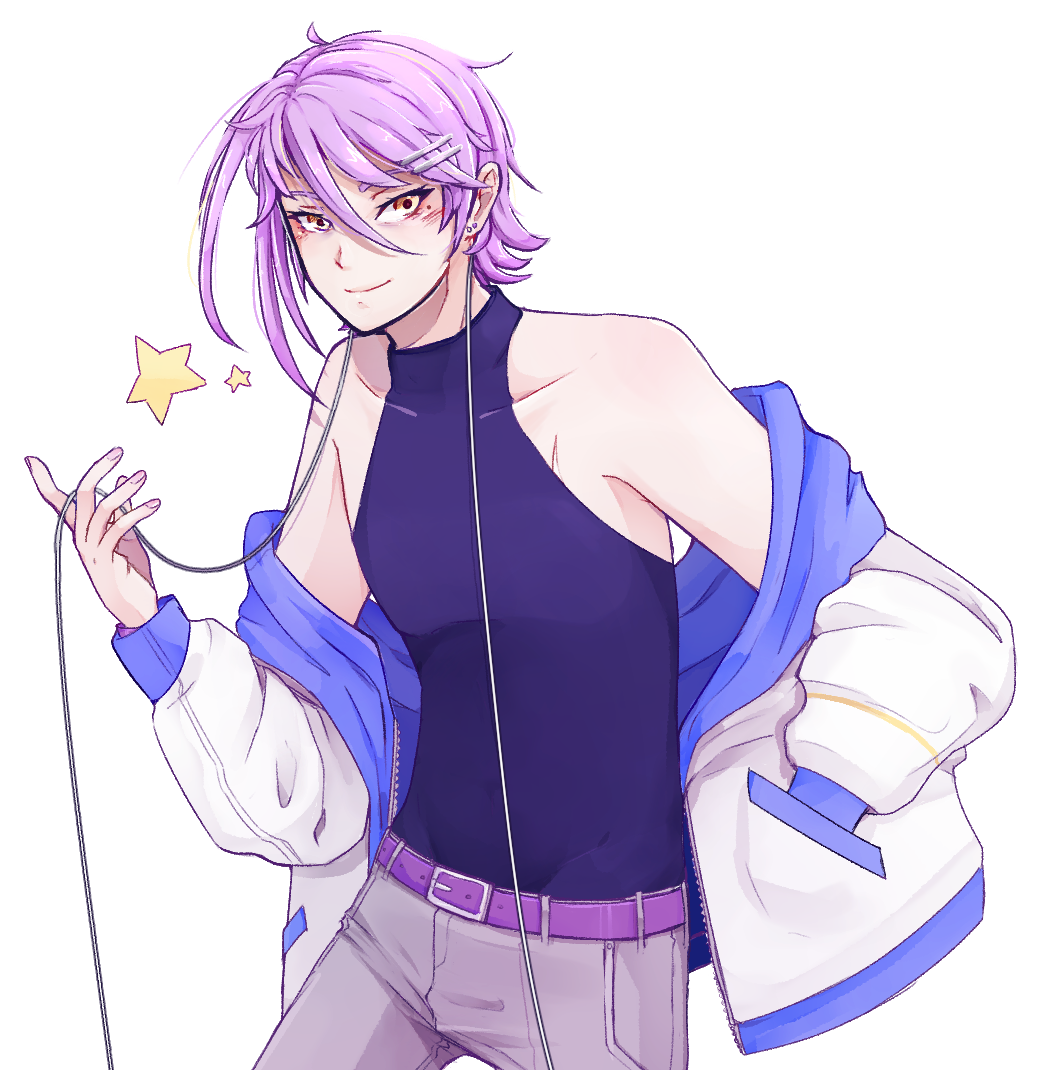 A deep yet feminine male vocal with a tripitch VCV and CVVC released.
Overview Gallery (4) Discussion (6)

Kei was raised as a normal human, but had many health problems as a child, and couldn't keep on living normally. He had to become how he is now, a cyborg, if he wanted to stay alive. Every night he has to charge that part of him, or else he will end up fainting and possibly dying if left too long(around 2 days he'll die). Unfortunately he forgets to charge sometimes, and becomes a forgetful mess.
He doesn't particularly like to talk about this, but will answer without problems if asked.
Natural hair color: Black.
Natural eye color: Brown.

=About=​
-Med student.
-Every night he has to charge the electronic part that maintains his body, or else the life support system keeping him alive will cease to function, and his bodily functions will slowly begin to shut down.
-Extremely sensitive to the cold, only if he doesn't charge overnight.
-Blacks out often, due to many health problems and neglect to charge.
-Has an extremely good memory, will most likely remember anything you tell him, unless he hadn't charged prior. If bad enough, he won't retain anything.
-His sleeping schedule is comprised of 2 days of being constantly awake, then a good 2 days asleep.


​
=OLD=
About him in general:
-Extremely smart but doesn't show it usually
-Capable of learning any language in a week to a month, but forgets easily
-Extremely sensitive to cold
-Rarely alert, and gets a bit jumpy when alert
-Does not eat often
-Eyes take a super long time to adjust to different lightings
-Usually has dark circles under eyes
-Doesn't sleep during night, usually takes extreme naps, some lasting over a day
-Does not usually care about self, only really bathes and eats
-Not very good at performing everyday tasks alone
-Extremely messy, but not dirty
-Reads a bunch of books
-Has a weak body (Human part at least)
-Always wears an ID bracelet in case anything ever happens


Personality:
-Practically separated from reality at times, spacing out frequently, or getting absorbed in a task
-Tends to forget things people tell him
-Has an extreme photographic memory, but will often get lost and forget where he lives
-Reads a bunch of books
-Not very good at performing everyday tasks alone
-Extremely messy, if not already obvious
-Generally a quiet person, usually won't speak until someone does before him
-Doesn't sleep during night, usually takes extreme naps, some lasting over a day
-Usually has dark circles under eyes
-Does not usually care about self, only really bathes and eats
-Freezes up when a problem arises that he doesn't know how to fix
-Capable of learning any language in a week, but often just forgets it later
-Extremely temperature sensitive, only to cold
-Does not eat often
-Rarely alert, and gets a bit jumpy when alert

This one has a much better range, being recorded in both G3 and C4.

Only one pitch, and has a fairly low range