3 Questions because I am a beginner at MMD ! 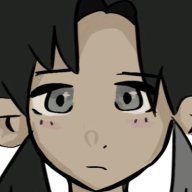 Okay I wanted to making an MMD cover of rolling girl ( because I made an actual vocaloid cover of RG!). But the hair an skirt kind of freaks out once they're under the axis ... can I fix that? The next one is how do I make the objects interact ? Like Miku interacts with multiple objects in the Rolling girl MMD and how do I set them in the correct place? . The last one is how would I set up the multiple stages because rolling girl goes to classroom>basement>steps >falling . Sorry I picked the most complicated one! :") but I hope these are easy solutions ! 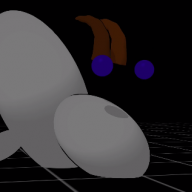 Supporter
"Under the axis" Are you referring to the ground axis that most competent MMDers know how to hide? The one that appears everytime you start a new project? If so, that floor is the base floor where all the physics work. To fix this, I have nothing else to say than to start your animation at a point where it ends at the floor, or have the moving parts stay the same but the stage they're on (if it's a hill) move.

The major trick to large, city-like stages is not to move the characters, but the enviroment, since working far away from the center makes some problems. Trust me, done that once, learned that lesson.

The physics go wylin under that floor.

Also, if you haven't- This place. This place is the largest database of MMD knowledge I know of, and where I started learning to use this. Almost everything from more efficient codecs to how the interpolation curve works is here.

Supporter
Oh right three questions lemme do the other ones

Object interactivity. This is pure animation, except for the physics where you need to ensure the collision thingies are set correctly. Say, throwing a ball, you can either hand-animate it and be good at it, or set up a ball with physics and use the OP function to attatch and detatch the ball at the correct times.

Multiple Stages. There are two ways I can think of how to do this. Stages work pretty much like larger accessories in the engine- with the off chance that they're a PMD or PMX "character" file if they have special moving parts, say a large turning key that will never align itself perfectly no matter how much you try.
This...
You can either load all the stages in and use the moving stage thing I explained, making sure to work the camera so that it at least looks smooth, or to clean the files a bit, you can split every stage into its own project file. I would personally recommend the latter of splitting each major part into its own project file so that you don't end up with over 100.000 keyframes in a single project and proceeding to die of having to look through everything. Then it's splicing them together convincingly.

Either way, I wouldn't recommend doing these larger projects until you're more experienced. It may seem simple, and it's simpler if you already have done models and motion files, but may the deities forbid you from trying to animate all of that as your first project. Start simple, and build the skillset to take on something more complicated.

If I get my next project out within the coming April, I'm likely to release a bunch if not all the files for it so that you can study the work of someone who is somewhat experienced, yet nowhere near the finished, good projects.

All of those really good looking MMD videos ala PizaCG has had several parties work on it, one person creating a motion file and sharing it, another creating the model, then there's the madmen working on making effects for the MME plugin- You get it. MMD is heavy work on old software, yet here we are, us mad people working on it.

And always, as LearnMMD tries to teach you-