​
Today was announced through a message I've pasted above a new voice synth project called Rosa ! So far it is said she may be both a singing and talk voicebank using AI technology. The engine she's planned for is not revealed at the moment this thread is created (and will be edited once we know more) and is tied with a previous VOCALOID project. Indeed, ROSA is no one else than... CUL's sister ! Thus, Hiroto-P announced the project by himself ~ Nothing much can be said, except she'll have pink as main colour scheme and that her character will be a 15-year-old teenager. It isn't known either at this point whether CUL will know an engine jump as noticed with previous vocals such as IA, Yukari, etc. The company in charge of ROSA's development will be ZAN-SHIN Co., Ltd. Moreover, she hasn't a voicer yet, but it is implied the audition will be held internally and then, said voicer would be picked on that occasion, unless said otherwise. As soon as more informations come in, details will be added to this thread. Right now have this fresh news ! ♥

Edit: NEw details!!
​
It seems Hiroto may have plans, as implied by this tweet... Indeed, he's wondering above about possible English singing & talk for ROSA ~

Edit: It turns out ROSA will be a SynthV, at least her singing bank !
​
Last edited: Mar 27, 2021
Reactions: Lycoris and Pilot 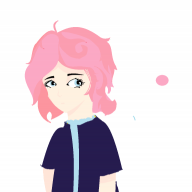 Wait, "rosa" is Spanish word for pink (as well for rose too)
And her color is pink.
Reactions: MillyAqualine


It seems we finally know about the engine that ROSA will be on ! Indeed, Hiroto-P talked about her singing & talk package being either a SynthV OR a CEVIO AI ! Aaaaaand he talked more about the possibility of ROSa to get an English database~

Defender of Defoko
Thread starter
Sorry to double-post guys, but now its conirfmed ROSA will be a SynthV, at least on her standard singing~ I will try to rename the thread ; please if theres any mod on to move the thread, I'd be grateul, thanks ~

Is there any official art of her?

Defender of Defoko
Thread starter
Not yet, though people (including me) tried to make their own interpretation until thev real design is revealed

Defender of Defoko
Thread starter
Now the forum is back, here are lastest news in case you had missed it ^^


In a nutshell: Hiroto-P answered somebody that they may possibly make Rev in case ROSa meets a big success (to take with a pinch of salt), her Talk banks will be bilingual Cevio AI Talk and he tried to reach out Internet Co to potentially sell ROSA since she's CUL's sister ; so far this latter hasn't gotten any answer yet so take it with a pinch of salt ^^''
You must log in or register to reply here.
Similar threads