So if you wanna talk about any of these or know more, this is the place.

Haven't used LaLaVoice or NiaoNiao, but Sinsy hates me. I'll figure it out someday. orz

Defender of Defoko
Well, there are also CeVIO, a free equivalent of VOICEROID (and for nearly a week now everyone is using Sasara a damn lot x'D I'd need to try her as soon as I installed the program because since end of April, I haven't had time to install and mess around with it)

And also, this morning on Skype I noticed there was one called Kontakt Player and there's a young boy VB called Shiro Soine (made by Unlimited Hellest) you can use in it~
http://unlimitedhellest.com/samples/soineshiro.html

Then, there's Vocalina but it's paying and anyway I don't even know if it grew up since the last time I've checked... Two voicebanks : Vora (the first one, often despised because of her quality issues and she's seen by some people like a rival of SeeU) and an upcoming one whose demo was shown last year, KHylin
http://www.youtube.com/watch?v=IJcxCsIC-wU

Also, I think you should add in your post the links of the threads about NiaoNIAO, CeVIO etc n_n

And I was going to talk about a program buuuuut... I prefer first to try using a ceertain option in it before letting you know hahaha ewe *sadist* all I can tell is that it's a program with many uses and plug-ins, and that the bult-in VBs can sing in different languages, Latin and Occitan (if I'm not wrong, the program had been developed by Toulousains so that's probably why it was added) included~ And that you have both British and American English *w*

That mystery program sounds interesting. Is it free at least? *has no money*

Defender of Defoko
Yep same, even if I wish Vora was smoother and less glitchy-sounding, I still enjoy her voicetype... I don't know why though (for Defoko, it's because her voice si so peaceful-sounding~ )

And well... Trials are free (and plus you don't have an expiration date and such like you can have with a Vocaloid trial) and thus, limited for some of them. After if you want to buy the licence/register them and access to the full version, you have to pay

The program's licence costs 30€, the licence for the advanced version (which has another name) costs 70€ and finally the licence of the plug-in I'm interested in costs 20€

Thread starter
Alright. A trial is better than nothing. *googles how much that'd be in dollars* ...Yeah, my dad probably won't get me that. :holy--:

*waits patiently for info* :creepygrin: and why is that called creepy grin it's cute D: 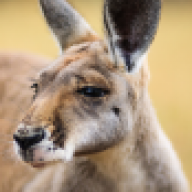 Defender of Defoko
Vora is actually free, kyhlin costs money for a license and you have to renew it every so often (I forget how long).

There's also SugarCape. which is kinda terrible but hey it exists.

Then there's ALT which is a private thing made by Seiya-Murai for his songs in rhythm games. ALT is waifu material why can't I have her sob. I believe she falls under the category of general vocoders.

Uhh I think thats all I can think of currently but I'm almost certain there's some I'm forgetting.

OMG how could I forget FL vocoders *cries*
R

Thread starter
SugarCape is cutely awful, too. At least the pigtailed one is. Less cute than Vora though. And the VocalWriter thing made me laugh.

I'm trying to use LaLaVoice and Sinsy, but they seem to hate me. Sinsy's off time when the thing sounds right in Finale Notepad, and I can't read music well enough for LaLa. orz

Defender of Defoko
Ok I couldn't use CeVIO I have an error-like message OTL Feels like I forgot something... 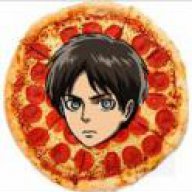 Defender of Defoko
Speaking of vocal synthesizers, I was playing my old Wii games yesterday and it occured to me that the singer on Wii Music was one! I almost died for seriously.
S

i know i'm just kind of jumping in here, and i'm not even sure if this conversation is still going but-

i happen to own lalavoice (after searching for it for quite a while), and i'm only able to use it as a speech engine. i'm not sure how watashino koko managed to get it to sing, or if there's something i just happen to be missing (which is most likely the case). at any rate, its speech is surprisingly natural sounding, and i hope to work with it further. 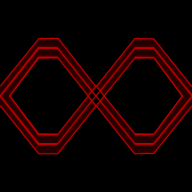 Quite glad this thread got bumped because I'm going to be looking, and probably using, at each of these... Already tried out Sinsy... I think I'll be working with Sinsy for a while :3

Supporter
Defender of Defoko
//I really love Renoid right now, since I can't use Vocaloid or UTAU or anything to download at the moment
L

I made a thread about Nakloid

I still can't get it to work;; but it works using the UTAU OTO system e.t.c
U

Oh yay! Considering i'm pretty sure Cadencii has been dead for ever

Just looking quickly, they've updated the bundled version of v-Connect, and it displays the Synthesizer in use over the piano roll. It hasn't crashed yet either, so thats cool~
U

I like Cadencii and it's cool but i can't get it to work and i'm literally giving up on it.... might as well put it up as an ask thread
L

Well, it works okay for me. The only problem is that it refuses to load UST's! It only loads 1 ust, no others!

It's annoying because I just got vConnect-STAND to work, and then it stopped. 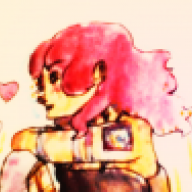 Defender of Defoko
Oh man, me and Ant had a big thing going about this. This is such a cool thread, I love finding out about new synths.

- Aquestone, for serious. How has this not come up? This is from the same place where Defoko's voice comes from, guys *shame shame*. It's unusual in that it's a VST instrument instead of a piano-roll thing like vocaloid. This is <i>the</i> first vocal synth I'd recommend to someone who isn't familiar with Vocaloid.
- NIAOniao, which is chinese/japanese. I had trouble downloading/installing it the last time I picked it up though :/
- Cantor, which is english but $500
- Macnes. It's a manual vocaloid thing and also not free, though.
- And there was this french one I saw once, based on a similar engine to Sinsy. It wasn't for download though and it was kind of ear-piercing - even by my standards, haha ^^;
- Oh! And Sampletank free has a voice. She only says "ah", but I really like the way it sounds anyways <3<3 It makes me wanna buy a jillion voices like that.

I love hearing about vocaloid-like synthesizers, but I'd also really like to hear about any choir voices. Lylemusic once mentioned using a choir that could sing specific lyrics (in the engloids.info interview, I think??), and I'm curious about that.

Heck, even knowing about non-instrument sample packs is fun. Siren, Corey Friesenman, Sampleradar's vocal packs, etc. etc. where one singer sings lyrics (BTW, if you've ever watched PSwG, listen to the preview for Zero G's Vocal Forge. I want you/to make believe it's the first time, that I'm gonna/say to you/love will find a way/ain't it always true)

(Milly two months ago you stole my Shiro Soine thing, I was keeping that one up my sleeve! I'VE BEEN DEFEATED *falls over*)

I don't have enough question marks because my feelings for Cadencii are complicated. )
U

Defender of Defoko
[retracted]
Last edited: Oct 21, 2018
You must log in or register to reply here.
Similar threads