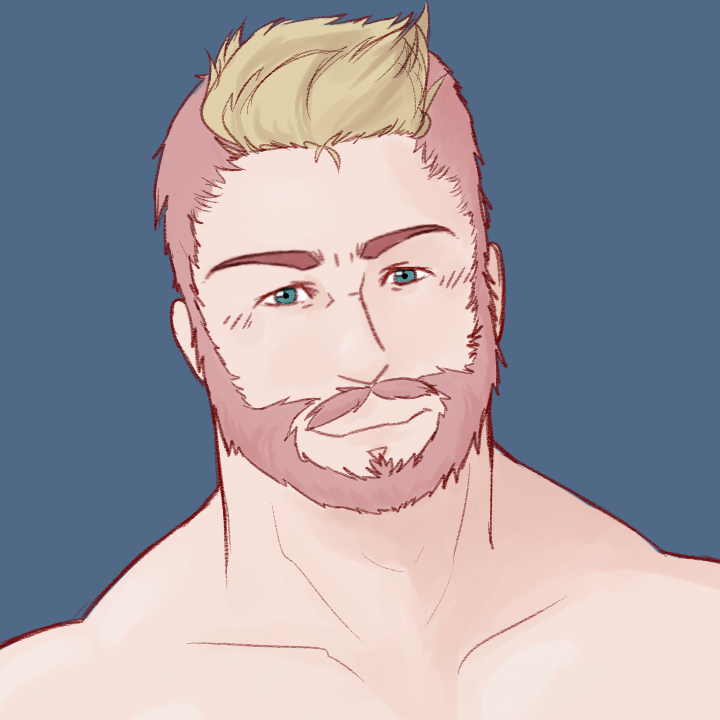 Personality:
Kiaru is a energetic, loud boy who enjoys the company of others. Though his appearance is quite mature, he often still acts rather childish, making impulsive decisions. He jumps at any opportunity and meets whatever comes his way, highly enthusiastic about everything. Sometimes his dude-bro personality can come off a bit strong, but he is always considerate when confronted.

He is skilled in the use of swords and possesses massive magical energy which he often channels in the form of ice or light.

Kiaru loves conspiracy theories, and often times will not shut up if someone prompts him. His overenthusiastic can be problematic sometimes. He loves fluffy animals of all sorts and will go out of his way to pet or hug one. However, he is deathly scared of bugs, and becomes a blubbering idiot in the immediate presence of any bug larger than an ant.

Lore:
After 3 exemplary years of leadership in the Arcane Combat Division of Endriche, Seph was inducted into the Valkyrie Corps of Zelphis. The Valkyrie Corps are an elite group of guardians that not only show extensive skill in their respective fields, but also strive to protect those who cannot protect themselves. Prior to joining the Valkyrie Corps, the battle mage style of getting in close and fighting on the front lines was not popular, as most spellcasters preferred to down their opponents from a distance. But in doing so, there was often a significant amount of collateral damage. He didn't like this traditional definition that defined the casualties as acceptable, and thus followed his own style of battle. Seph's presence in the Valkyrie Corps greatly influenced the new influx of battle mages. His knowledge of arcane energy has greatly increased since his days in the Arcane Combat Division of Endriche.

Though exceptionally qualified as a combatant, Kiaru largely uses his Valkyrie title in a diplomatic way, preferring to diffuse a situation before any bloodshed occurs. With that being said, he won't hesitate to take up arms if people (or animals) are in danger. He is deployed as in a combat role most of the time, but if it were up to him, he would be in a more supportive role to give relief aid to people.

Pros: his banks are very well organized and have a really nice sound, pronunciation is really good.
Cons: he is just good
Kiaru is a very good choice if your looking for a cool male utau he has so many different voicebanks to choose from it's really good to to have both his nice quality and well organized banks in general. Kiaru has a lot of flexibility he also has a lot of coverage when it comes too different languages. Many of Kiaru's unique multipitches gives him that coverage to get away with a lot of different types and styles of songs.
Reactions: lunamageice
Upvote 0
Read more…