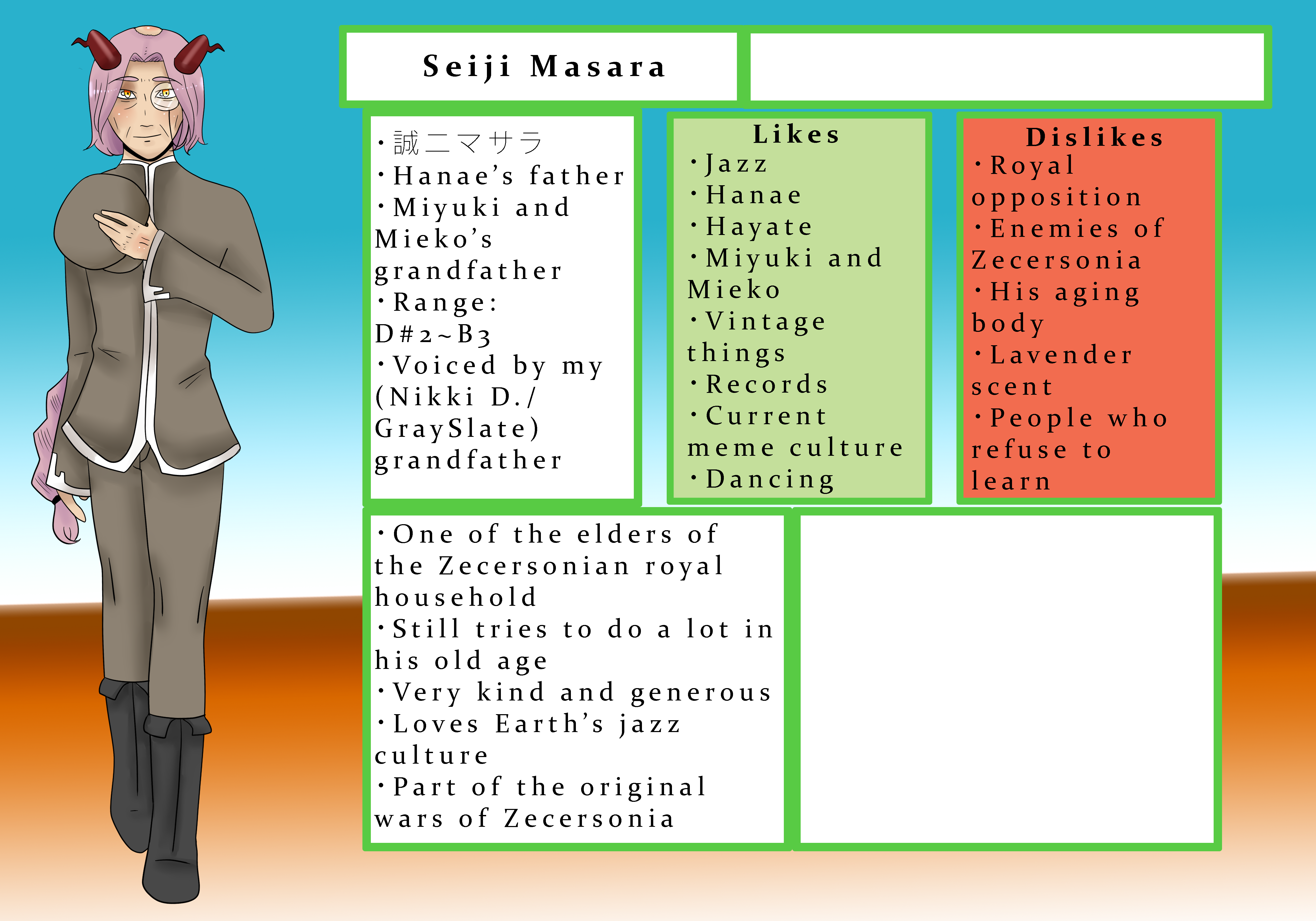 Seiji is from the royal family of Zecersonia, and is in fact one of the oldest living members. He was born on April 10. He appears to be serious and intimidating upon first glance, but that couldn't be further from the truth. He's very friendly and generous, and tries to keep up to date with whatever the current trends dictate. He is the father of Hanae Masara, and was a bit displeased she wanted to pursue something other than the royal bloodline. However, upon seeing how happy the commoner Hayate made her, he agreed to their union and accepted Hayate as his son in law. He fell in love with his grandchildren, and he does everything in his power to keep them safe and give them the most out of life. He personally doesn't care for the kind of music Miyuki's band plays, but he will still attend their shows to support his granddaughter and her friends. He enjoys dancing, which worries those who think he'll throw out his back or break his hip. He is rather versatile, so this is of little concern to him. He loves Jazz and collects vinyl records, most of them being from Earth. It's easy for him to be accepted in younger circles because of how well he can entertain.
Click to expand...

Ruko's Ruffians · 21 · From CrabLand
Yo what's poppin my name is Nikki but I'll respond to Gray, Ass, or straight-up insults at this point, honestly.

Defender of Defoko
Thread starter
The item Seiji Masara has been updated:

Added info for Seiji's CVVC release, added new info and art
You must log in or register to reply here.
Similar threads