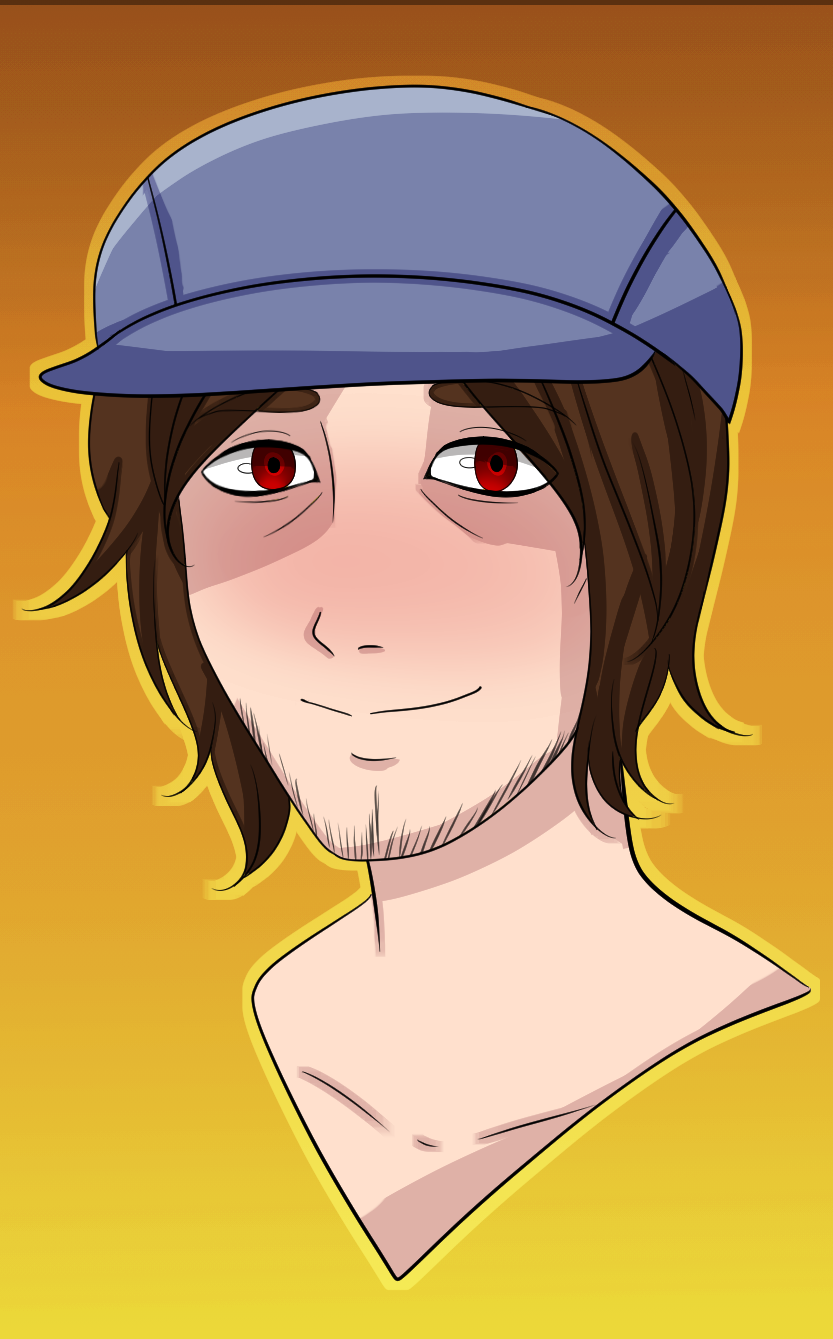 Dislikes
When Miyuki is upset, boys that try to hit on his daughters 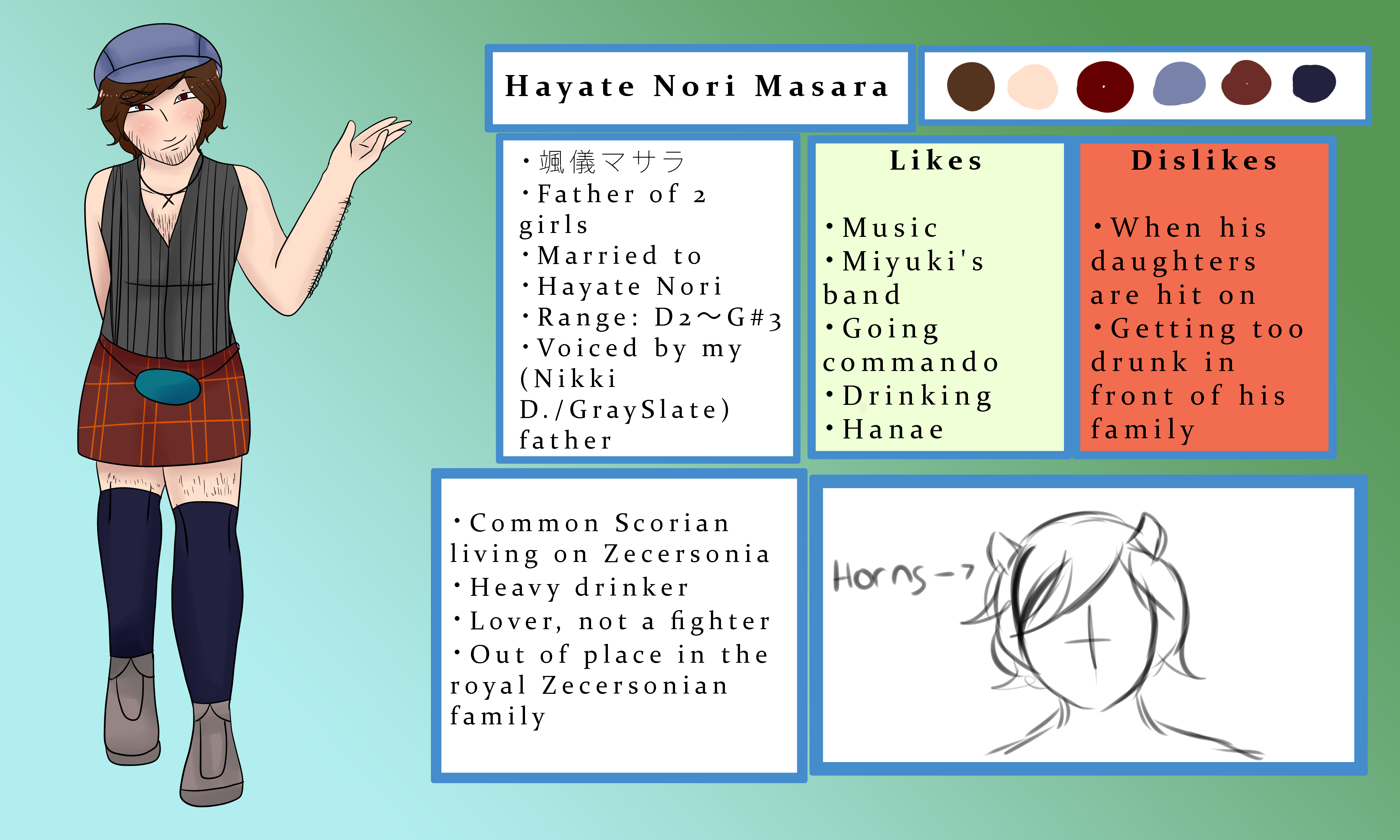 Hayate is from a large family, and supported them as much as he could until he finally decided to move out. He left home with barely any money to his name or anyone even knowing his name. He made several friends in a similar situation as him and formed a band, in which he sang and helped to master their music. Their band is fairly known, but as they grew older and made families, they slowly separated. One day, Hayate was in a local - run cafe, when he met Hanae, who was a waitress there. Too flustered by her appearance, he could only hide his head and pray that she left, but she sat in his booth and tried to talk to him. He eventually came out of his shell enough to make conversation. Hanae and Hayate started hanging out regularly, and Hanae learned about his band. Hanae sings, and does it well (which is where Miyuki gets it from), and impresses Hayate enough where he shows his bandmates. Although the band is loosely connected at best, they make a full album featuring Hanae before Hanae and Hayate tie the knot. It wasn't long after the two married, that Hanae found out she was pregnant with Miyuki. Miyuki is one of the centers of Hayate's life aside from Hanae or their second child, Mieko. As Miyuki and Mieko grow up, Hanae's mother became ill, and she has to be away a lot to take care of her. Miyuki ends up taking care of Hayate most of the time, which is made worse by his drinking. Whenever Hayate sees a boy try to flirt with Miyuki, even if they're not at all, he'll intervene until they leave. He's known for having to be picked up by Miyuki at the bar for drinking so much. Hayate sometimes assists December Arrest in their mastering of songs. 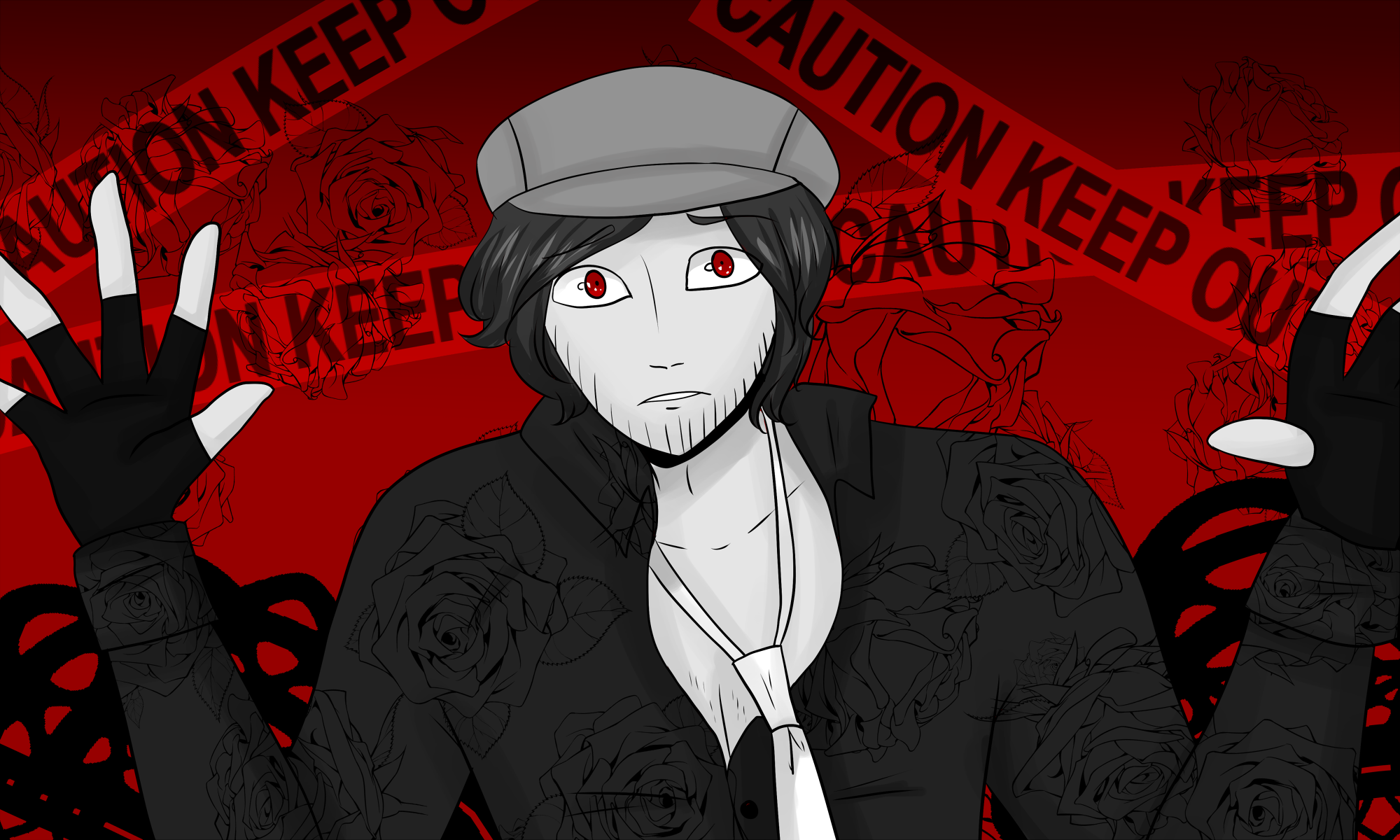 Hayate was recorded by GraySlate's own father, so some pronunciation errors may be present.
He is a tenor.
He is CV and monopitch, with both romaji and hiragana aliases.
He has various English extras.
He sounds best when using fresamp and the flags BRE0Y99C99c99H0h0B0b0F1L1.
As of the latest update in December 2019, Hayate's oto is current, and he has beginning vowels and notes like [* い] to simulate vowel transitions.

Character Commercial Use
Permission Not Required